Following "Internet +", "Artificial Intelligence +" is expected to be the next concept to change the lives of the public.

Shen Xiangyang, global executive vice president of Microsoft, said at the World Internet Conference held recently that there will be no artificial intelligence in the future, but a variety of artificial intelligence. They have different areas and different details. Long, each performing their duties, infiltrating into society and any field of life.

As it says, artificial intelligence is now being combined with all walks of life to enter the public life. At present, the development of technologies such as computer vision, natural language processing, and machine deep learning based on artificial intelligence is changing with each passing day. Individual virtual assistants, self-driving cars, and data-driven personalized medical care and education gradually change from fiction to reality.

On the 23rd, Keda Xunfei, China's largest provider of intelligent voice technology, released a series of new products under the theme of â€œArtificial Intelligence + Total Innovation in the Worldâ€ at its 2016 annual conference. Among them, the company's intelligent customer service robot with full independent property rights - "Xiaoman" is particularly eye-catching. 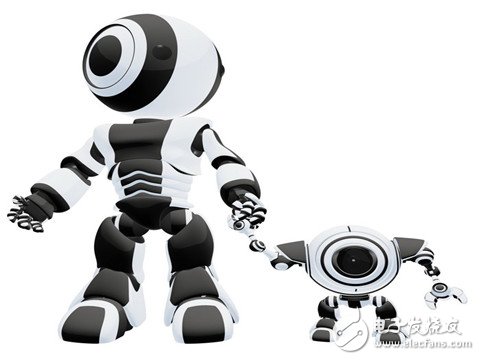 "Artificial Intelligence +" or a new round of booming economics

The blushing momentum of â€œArtificial Intelligence+â€ is also evident from the attitude of investors. According to the â€œWuzhen Index: Global Artificial Intelligence Development Report 2016â€ released by the think tank â€œWuzhen Think Tankâ€, in 2015, there were only 146 investments in the field of artificial intelligence in China, and the financing scale exceeded 2.6 billion US dollars. Among them, Baidu, Tencent, Alibaba and other domestic Internet giants have brought artificial intelligence to the company's strategic level.

In this regard, Li Deyi, an academician of the Chinese Academy of Engineering and chairman of the China Artificial Intelligence Society, advocates awe of the artificial intelligence. In his view, the impact of robots on human beings will far exceed that of computers and the Internet, but its popularity may also cause human beings to â€œbite backâ€ by technology, and practitioners should take this seriously.

Lithium-ion batteries feature high energy density, high discharge power, and low impact of time, which facilitates a remarkable advance in the growing application to EVs. Besides, increasing government spending plays a crucial role in fueling the adoption of electric vehicles. Leading regions in electric mobility leverage varied measures such as fuel economy standards and incentives for zero or low emission vehicles, which serve as economic instruments for the adoption of electric vehicles.