In the sharing, Meng Hao looks forward to the world for the next 30 years. He pointed out that what will be seen in the future is to connect everything. "We have to connect all the equipment and devices that can be powered on in the world. So we think that in the next 30 years, we can see that there will be thousands in the world. The billion-dollar terminal is connected to the Internet. Regardless of foreign companies like Qualcomm or Chinese companies, we will usher in a new era of the Internet of Everything, all opportunities are there." 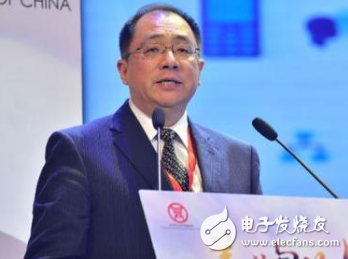 The following is a record of the speech:

Meng Hao: Dear leaders of the "Economic Observer", distinguished guests, entrepreneurs, friends of the media, good afternoon everyone. Today, I am very happy to represent Qualcomm to accept the awards on the forum. The awards are very meaningful for Qualcomm. This is the first time we have won this award in the history of China's development in the past 20 years. It has special significance for us.

Today, in front of me, several guest speakers, three state-owned enterprises, counted me three foreign companies, Chinese entrepreneurs can basically go out without a PPT. The professional managers trained by our foreign companies basically have to take PPT, not bad. IBM CEO and Schneider Electric Zhu total examples, I also use PPT.

From Qualcomm, we are actually a very young company. The company has only 30 years of history. The only thing we have done in the past 30 years is to connect people. From the early analog mobile phone to digital mobile communication, from the second generation to the fourth generation, every generation of mobile communication technology we basically do is to connect you and me. So from the past 15 years or so, we can see that we have raised the global Internet from the first generation of limited Internet connections to the mobile Internet. At the connection, there is a huge number of breakthroughs between you and me. The first generation of limited Internet globally connected to such computers, with no more than one billion connections. Up to now, after the rapid development of the mobile Internet in the past 15 years or so, the number of connections to the Internet through the wireless gold network should be between 7 and 8 billion. This is what we have done in the past 30 years.

Looking forward to what we will see in the next 30 years? We see that we are connected to everything, we have to connect all the devices and devices that can be powered on in the world. Therefore, we believe that in the next 30 years, we can see that there are hundreds of billions of terminals connected to the Internet in the world. For foreign companies like Qualcomm or Chinese companies, we will usher in a new Internet of Everything. In times, all opportunities are in it.

From the perspective of Qualcomm's business model, we met the future industry in the early stage, and some key problems encountered in the past ten years, we invested resources early in research and development. Therefore, we are a technologically innovative company. In our long history, our accumulated R&D investment has exceeded US$42 billion. Whether it is in the company's smooth sailing or against the wind, the company has always insisted on technological innovation and persistence. Making large-scale investments in research and development allows us to stay ahead of the industry. We can create more inventions, and we can share its research and development results with our partners, whether through technology licensing or through chips, and work with our partners to promote the progress of the industry.

In the past 15 years, Qualcomm's development in China has actually been developed alongside China's mobile Internet industry. Many of our customers are the first mobile phones, and the first smartphones are partners of Qualcomm. So we witnessed the development of China's mobile Internet industry. In the past few years, you can see that the development of China's mobile communication industry is getting faster and faster in the world. In 2008, among the top ten manufacturers of smartphones or mobile phones, Chinese manufacturers only accounted for one. It is 2008. By the way of the top ten mobile terminal manufacturers in the world in 2015, Chinese manufacturers have already accounted for 60. We believe that the proportion of our Chinese manufacturers in the top ten will increase from 2016 to 2017. In addition, China is also one of the fastest growing countries in the global mobile Internet. In the past two years, our 4G users have reached 600 million. So this is our entire mobile communication industry. When the mobile Internet industry enters the Internet of Things in the next stage, we are standing in sync with the world. We can see that there are a lot of China's first in the future. China's first innovation opportunity is here. The emergence of the field can drive the development of the global mobile communications industry and the Internet of Things.

From the development of mobile technology, we can see that the chip we actually have in mobile smartphones can be said to be the largest technology platform in human history. Because the global sales of more than one billion terminals of smart phones are put into the market every year. The SOC system and chip inside it have actually become the largest technology platform, which plays the role of connection and calculation. In this development process, we believe that because of its scale, because of its high computing power, low power consumption and low price, he can play more roles in the development of our society when entering the development of the Internet of Things.

From the past two years, we can see that Qualcomm has almost 1 billion chips, and SOC has been widely used in many kinds of Internet of Things applications. For example, drones, such as robots, such as VR, for example, connected to the camera, many applications are equipped with a new computing platform in the smartphone-based chip, equipped with new computing software, enabling it to Large-scale application to the application environment of the Internet of Things.

use AC to DC,DC to AC structure, stabilize not only voltage but also frequency.

Next: After the consumption-level "Spike" audience, Dajiang has updated the agricultural plant protection drone