Small UAVs such as Davic Mavic, Zero-Intelligent DOBBY, Hurricane Breeze, and Manta S6 are on the market, causing a wave of drones in the â€œpocket-levelâ€ boom among drone enthusiasts. The industry generally believes that the arrival of Dajiang will officially ignite the war of the small portable drone market. Although its technical advantages will make the original small players as the enemy, the attention brought by the giants will also be the market. Bring new opportunities.

At the moment, the drone market is hot, and Zuckerberg also revealed Facebook's 10-year plan at this year's F8 conference, including the development of the Internet infrastructure. The solution is to use a drone. According to the data, in the first half of 2016, there were more than 30 drone brands for crowdfunding at home and abroad, and the crowdfunding success rate was almost 100%. According to the research firm EVTank, the UAV market is expected to achieve a growth rate of more than 50% in the next few years due to the gradual opening up of low-altitude. It is estimated that the global market will reach 4.33 million in 2020, and the market size is expected to reach US$25.9 billion. .

Seeing that more and more players are entering the market, the question is, what kind of products can win in the competition?

From the day of its birth, any enterprise has faced competition and stifling. In the past, it has to compete with its rivals. It must choose a unique differentiated positioning and play a differentiated trump card before it can stand in the market. The drone market is also the same. .

Recently, Pegasus Robot released its first consumer-grade portable drone - J.ME. The J.ME small drone is easy to use and easy to operate. It hopes to open up more ordinary users' market and let the white users enjoy the aerial photography.

At first glance, there is no difference between many drones, but Pegasus has been taking the road of differentiation from the beginning. From the perspective of positioning, Pegasus lies in robot-related deep learning and computer vision, so it is called Pegasus robot instead of Pegasus drone. 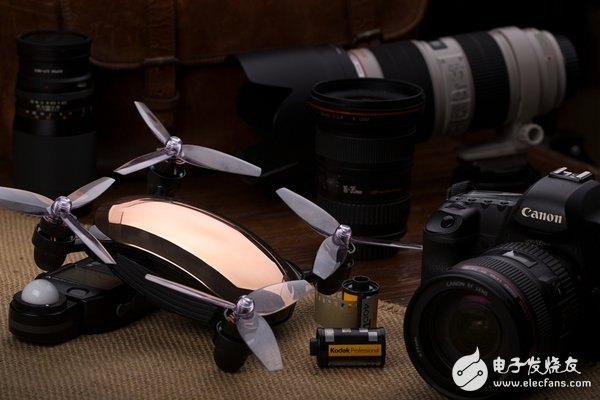 Simply put, a series of human-computer interaction and intelligent tracking technology are used to directly address the pain points of small white users to meet user needs. There are many types of sensors under the J.ME fuselage and front, with positioning, obstacle avoidance and other functions. In addition, this drone also has a visual tracking function that can track the subject.

Not only that, J.ME's design is also very compact, the wheelbase is about 200mm, the overall body and the size of the palm is equivalent, the weight of the whole machine is only about 550 grams, carrying light. Most importantly, the J.ME drone provides a two-axis stabilization pan-tilt camera that allows novices to record clear, high-quality images.

Of course, the use of such convenience, battery life is a big pain point for users. In terms of battery life, J.ME also has a small breakthrough, solving many small drones with short battery life and the need to carry multiple spare batteries. It can last for 23 minutes on a single charge, and the smart battery can be replaced to avoid the shortage of power.

J.ME has three intelligent control modes: mobile phone, voice, and body. The biggest highlight is that the abandonment handles are all remotely controlled by the mobile app. For the small white novice users to set a variety of one-button operation, greatly reducing the drone's entry threshold, you can easily enjoy the fun of flying, shooting, social sharing. 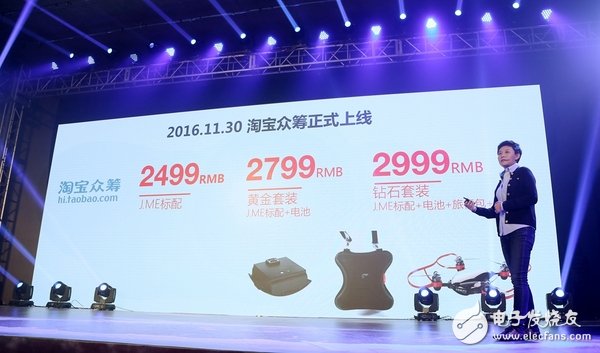 Of course, the price is also a big competitive point. The retail price of the J.ME drone market is 2,999 yuan. On November 30, the crowdfunding price in Taobao is only 2,499 yuan. The crowdfunding will last for one month and will begin shipping at the end of December after the end.

Entrepreneurship is more like a gamble, the key is to take the opposite direction

If product and technology are the hard power of a company, then team building is a soft power. Products driven by direction and decision-making can maximize their advantages.

The Pegasus robot was founded by IT and UAV executives and senior experts. Two of them, Yang Wanli and Chen Wenhui, were former vice presidents of Lenovo Group. And another co-founder, Zhu Xi, is the CEO of Anxiang Power. For more than 10 years, he has been focusing on industry-level UAV applications and has participated in the rescue work of the Wenchuan earthquake.

Yang Wanli worked for Lenovo Group for 14 years. During his tenure, he successfully promoted the transformation of Lenovo mobile phones from functional machines to smart phones. Chen Wenhui has three times and three out of Lenovo, serving Lenovo for nearly 18 years, and his responsible consumer business has developed a variety of explosive products, especially consumer computers and mobile phones.

As we all know, entrepreneurs must choose a familiar field. Yang Wanli and Chen Wenhui were once the leaders in the mobile phone and PC industries, while drones and mobile phones and PCs are completely different products. Whether we can recreate the glory is worth our expectation. However, the author believes that the reason why they bet on drones is nothing but optimistic about the future of drones. As Chen Wenhui said, they are doing a future industry.

In fact, another co-founder of Pegasus, Zhu Xi, is a senior aviation model expert, the founder of Anxiang Power, with deep knowledge of Rover development technology and remote sensing application. So at the beginning of the three people, the company got an angel round of 63 million yuan. With the support of capital and the support of the upstream MediaTek and the years of accumulation in the industrial drone field, it can be said that it is a good card.

In April of this year, the Pegasus robot launched the industrial drone F1000 for aerial survey and remote sensing. In October, it launched the F200 with differential GPS accuracy and supported multi-sensor data acquisition. In the short period of six months, the product has no need to control the remote control for its fully automatic flight. The high reliability and one-stop software solution â€œUAV Butlerâ€ accurately hit the drone and the reliability is poor. The pain point has gained a high reputation in the field of aerial survey and remote sensing. 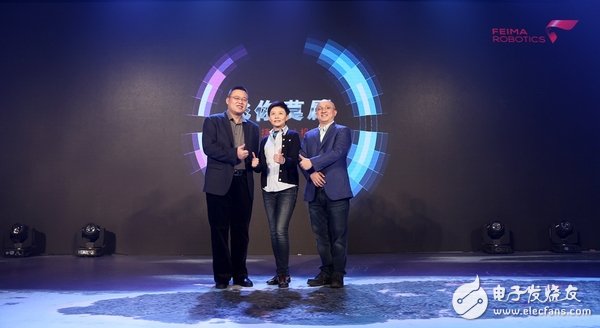 Some people say that the future drone will be the main direction of the future development of the flying smart phone and artificial intelligence into the drone. Imagine that perhaps the scene of the future world of Hollywood sci-fi films is slowly becoming a reality. Just as IP-based phones are all over the world overnight, drones will also enter every aspect of our lives.

Pegasus currently has 200 people, 85% of whom are R&D personnel, and AI is also the top priority of Pegasus. And the future has come, the Pegasus standing on the wind, you can imagine, already ready to fight.

Weighing display is an instrument that displays the mass and weighing status of the weighed object in electronic instrument. Weighing display is originally analog indicator type, which consists of error amplifier, reversible motor, balance Bridge, excitation power supply, Dial, Pointer and other parts, and works according to the principle of automatic balance electronic potentiometer. It has slow weighing speed, single function and low accuracy, and has been basically eliminated now. The current weighing display is digital display.

Previous: The turning point of the robot industry is coming to break through the focus on perceived intelligence

Next: "Qing Yun Zhi 2" smart TV viewing method, the heroine to be replaced? Is not Zhao Liying anymore?