In 2014, Baidu, Tencent, Ali and other large Internet companies provided data analysis services for their own platform users. Data analysis applications in the domestic financial, environmental, transportation, medical and other industries have gradually begun. In the security field, the dependence of video surveillance on big data is becoming more and more obvious. It is expected that video data technology with larger storage capacity, higher accuracy of algorithm detection and recognition, and clearer video images. This year is the â€œyear of the yearâ€ for big data, and under such circumstances, how will video surveillance be affected? 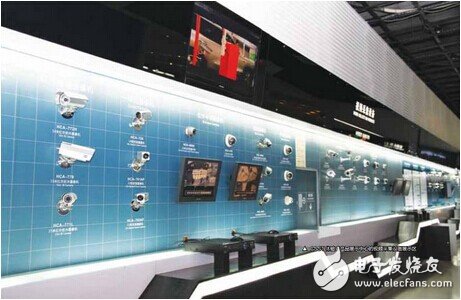 Big data ushers in the "year of landing"

As one of the hottest IT industry vocabularies, big data has become a hot spot in recent years. On the one hand, the number of Internet users is increasing; on the other hand, the number of networked devices represented by the Internet of Things and smart mobile terminals is rapidly increasing, and the per capita network access bandwidth and traffic are also rapidly increasing. According to the forecast of relevant institutions, global new generation data will increase by 40% annually, that is, the total amount of information can be doubled every two years.

The National Gold Securities Research Report pointed out that this year will be the year of big data analytics applications, especially in the enterprise sector. Baidu, Tencent, Ali and other large Internet companies provide data analysis services for their own platform users. Data analysis applications in the domestic financial, environmental, transportation, medical and other industries have gradually begun.

Big data technology is increasingly relied on by all walks of life. In the domestic capital market, many listed companies have also fancy the emerging market of big data, vying for investment layout. Recently, listed companies such as Zhongke Yunwang, Dongfang Guoxin and Langma Information have announced their entry into the field of big data.

Zhang Xinsheng, deputy director and secretary general of the China Communications Society, said that through the development of these years, big data has entered the stage of active exploration and application development from the hype period in China, and initially formed a technology based on data collection and integration analysis. Industrial ecology.

The value of big data for monitoring data processing

Big data is mainly reflected in the following aspects of the value of security data processing:

Second, the data depth application. The deep application of data can reflect the true value of big data, and this can also enhance the overall strength of the security system, bringing the edge position of video data closer to the core position, and improving the competitiveness of the security industry.

1. "Can not save" is mainly reflected in the limitations of video compression codec performance

With the rapid development of the digital video application industry chain, massive video generated by government, schools, communities, civilians, and network terminals has declared war on traditional video coding standards. As the number of stored videos continues to increase, it is necessary to increase the codec efficiency to a greater extent, increase the video compression rate, and thus reduce the storage space. The acceleration of the networked process also requires the encoded video to ensure the quality of the decoded video at the same time as fast and convenient transmission.

Video compression also restricts the development of intelligent video. In many cases, we require to reduce the video loss after decoding. For example, in the field of multimedia video authentication, the lossless reduction of video is a prerequisite for improving the accuracy of the algorithm. Only when the control is within a reasonable loss range can it improve the accuracy of the video tampering prompt. degree. Therefore, with the advent of video networking, high-definition, and intelligent era, leading a new generation of video coding standards, beyond the new technical framework and coding performance, can achieve a core leading position in the city-level video application field.

2. "Cannot find" is mainly reflected in the problem of algorithm detection and recognition accuracy in the field of intelligent video surveillance.

The current video surveillance method can only focus on a small number of targets in a very simple environment, and the detection, recognition, and tracking performance cannot reach a high level. Most software has scene and environment limitations, for example, in a simple and pure scene. When the detection target background and the foreground are quite different, the detection result is more accurate; in some complex scenes with large traffic density, such as subways, stations, shopping malls, when thousands of individuals are monitored, accurate identification, tracking, and Testing is a very difficult task.

At the same time, algorithm detection will be affected by a series of problems such as light, color, make-up, camera hardware error and precision. Therefore, there is still a big gap between low-end intelligence and real artificial intelligence, which requires computer processing power and Increase in processing speed. What we need is a recognition accuracy that is close to humans, even higher than humans, and can detect differences in population behavior and predict potential group disasters. This is not only in the field of intelligent video, but also from the perspective of cross-integration of multiple fields, the development and exploration of intelligent analysis can also play a positive role in the development of robots.

3. "I can't see clearly" is mainly reflected in the intelligent processing of HD surveillance cameras.

In the past, the video images recorded by most city-level security surveillance cameras are relatively vague. The basis of criminal investigation and analysis is only the direction of blurred pictures, or even blurred pixels. The description of the details of specific characters is not clear, which makes the criminal investigation more difficult. The strength of the public security organs is not strong. In the field of intelligent monitoring, the traditional intelligent analysis method is more algorithmic processing in the CIF format, so that the processing speed is more easily achieved in real time. When traditional video transitions to high-definition video, multiple processing strategies are required to perform algorithm analysis, which requires continuous R&D innovation. In the process of crossing from standard definition to high definition, the problem of network bandwidth carrying capacity, video display and storage is also constantly emerging.

2014 is the â€œyear of landingâ€ of big data, which means that the big ship of Big Data has already set sail. In the future, it will certainly be able to ride the wind and waves and sail. As a "passenger" on the ship, video surveillance can certainly feel the convenience and intelligence brought by the development of big data, and work together to create a bright future for the security industry.

For more information on video surveillance related solutions and circuit diagram design, you can follow the Designs of weekly awards from Electronic Honor :

Globe string light set is waterproof and durable. Can be used in any season and many applications such as wedding, party, garden etc. We have different wire model and Replacement Bulb type to choose.

Decorative string lights are not just for holidays anymore . Instantly transform indoor and outdoor spaces with a wide selection of covers and finishes that match current trends and personal tastes and expressions.

Celebrate any season ,event or inspired whim with a charming new set of outdoor string lights!

Next: Fixtures should not be too miscellaneous