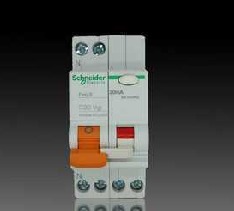 Since the beginning of the year, according to macro data, China's economic market has been biased towards weakness. In particular, the relevant major macroeconomic data disclosed in the first half of 2013 have not reached market expectations. Economic slowdown is a controversial issue that has attracted much attention from the industry. Especially in the first half of the year, the increase in manufacturing investment has been the lowest level in nearly 10 years. In addition, overall industrial production and demand lack motivation, and there is a risk of deflation in the industrial sector. In spite of this, with the semi-annual report disclosed by listed companies in the electrical sector in the recent period, the actual degree of market development should exceed expectations.

In the past few days, the top ten Internet major brand selection events held in major networks have also been in full swing. For example, the â€œ2013 Top Ten Electrical Industry Network Top Ten Awardsâ€ sponsored by China Industrial Electrical Appliances Network has attracted many people since its inception. Companies have registered to participate, including some well-known companies, the event has also been the industry acclaim, and peers have reproduced reports.

This activity is based on the principle of â€œopenness, fairness, impartiality, and referendumâ€ and the theme of â€œbrand â€“ the direction of advancementâ€, highlighting the important role of the brand effect on the electrical industry. No matter which industry is very difficult when it was first started, the driving force for development is to create its own brand, have its own market for comprehensive sales, and the sales model should also be innovative, so that it can be in the market economy. There are so many struggles in the many competitive industries under the system, otherwise it will sink into the sea. In the electrical industry should also follow this rule, the power of the brand is very strong.

If design and development are important stages in the electrical industry, marketing will occupy a much broader position. Propaganda and marketing in any industry are two major ways to promote the production and promotion of products and equipment. From these two approaches, we will find out In the development environment of the market economy, the practice of the electrical industry must not be eliminated by social competitors. The optimization of brand benefits and marketing models are the two most important aspects.

In order to inspire the electrical industry, the brand effect is indeed a very important magic weapon, and it also depends on the full support of the relevant national policies.

The stateâ€™s investment in this area is also relatively large. Just like the 2008 Wenchuan earthquake, the countryâ€™s huge appropriation has distributed materials to the working people and promoted the improvement of the rural network in the rural and affected areas. This is also the electrical industry belt for us. A new development opportunity has come.